In 1991, under the Presidency of Mr. Charles Pachal, Civil Air Search And Rescue Association (CASARA), was presented the prestigious Mynarski Trophy by the Royal Canadian Air Force Association. The Mynarski Trophy is Canada's highest award for excellence in the field of search and rescue and is awarded "to the most deserving federal, provincial, or civilian organization, crew, or individual in recognition of a significant contribution to Aviation Search and Rescue in Canada.” This was the first time the trophy was awarded to a nationwide organization. The award is named after famed Winnipeg Air Gunner (AG) Andrew Charles Mynarski who died in WW11 while attempting to save a fellow crew member trapped inside a fiery Lancaster bomber during a bombing run over Germany. 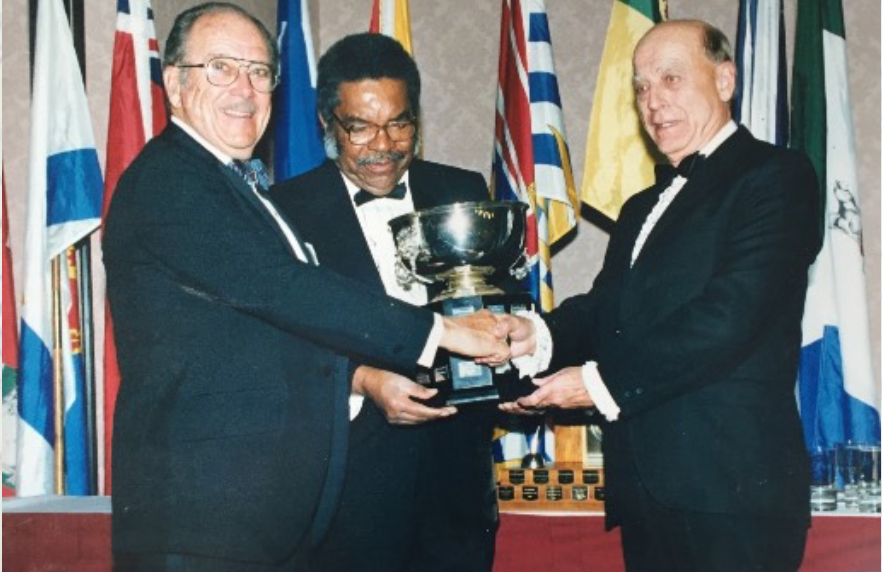 A special lapel pin to commemorate the event was created by Gordon Cameron, a CASARA member from Alberta and was distributed to all CASARA volunteers across Canada. The pin showed the CASARA logo with the year the trophy was awarded to CASARA and a sketch of a Lancaster bomber aircraft like the one Air Gunner (AG) Andrew Mynarski flew in the day he died.

On the evening of January 28, 1995, Jerry Mulder, Alberta Director for Civil Air Search and Rescue Association (CASARA) and Jim Thoreson, Provincial Training Officer, Ken Brown (Spotter) and Bert Lougheed (Spotter) were tasked by the Trenton Joint Rescue Coordination Centre (JRCC) to locate the source of a signal emitting from an Emergency Location Transmitter (ELT). SAR satellites were picking up the signal and showing that it was coming from an area west of Rocky Mountain House, AB. However, no aircraft was reported missing or overdue at that time. The Rescue Centre informed the CASARA crew that Search and Rescue aircraft were being launched from Winnipeg, MB but would not arrive on scene for several more hours. The crew jumped into Jerry’s Grumman Tiger aircraft and took off from the Red Deer airport and flew to the general area of the satellite hits. An ELT signal was detected and they began to home the source. The CASARA crew spotted several single lights in the area of the Banff / Jasper Highway and one light appeared to be flashing. The location of the light was not near any roads according to their map. As they passed over the light, the homer indicated that the crash site was directly below them. Jerry tried to establish radio contact with the missing aircraft but was unsuccessful. He then flashed his landing lights to signal the person(s) on the ground that they had been spotted.

The aircraft below them crashed in a valley surrounded by 9000' mountains. The weather in the area was clear, temperature, -20C and there was no moon. This meant there was little or no visual reference with the ground. A Notice of Crash Location (NOCL) was transmitted to the Joint Rescue Coordination Centre (JRCC) in Trenton, ON and Jerry was informed the military rescue aircraft, a C130 Hercules was now forty-five minutes away.

Once the military SAR aircraft arrived on scene SAR Tech's on board were able to study the situation on the ground using their Night Vision Goggles (NVG’s). They determined immediate medical assistance was required and prepared themselves for a very dangerous night parachute jump into the mountains.

The SAR Techs parachuted from their aircraft at approximately 2 o'clock in the morning from an altitude of 12000 feet. Upon arrival at the scene it was determined that there were five survivors, three with serious injuries. The SAR Tech’s rendered advanced emergency medical treatment to the victims throughout the night and waited for pickup by a rescue helicopter at daylight. 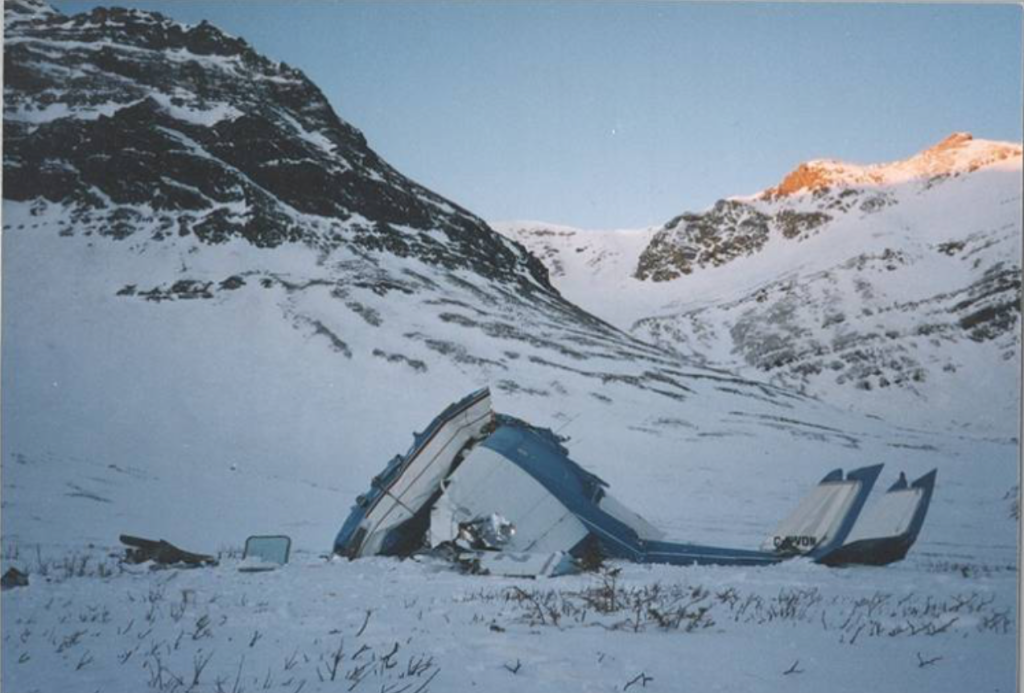 Actual crash site where five (5) persons survived an aircraft crash and were rescued by SAR Techs.

The CASARA crew’s assistance was still required. JRCC Trenton requested them to land in Rocky Mountain House, find a hotel and get some rest, as they would be called in the early morning for an additional tasking. Early that morning JRCC called and tasked them to assist the two rescue helicopters with radio communications as they were unable to communicate with other agencies involved in the rescue. The Hercules aircraft had to depart the scene due to a shortage of fuel. They immediately got airborne and started relaying vital information to the JRCC through the Red Deer Flight Service Station (FSS) regarding casualties going to the Calgary General Hospital. The first rescue helicopters arrived on scene and extracted everyone from the site except one SAR Tech. He was left behind because of aircraft weight restrictions at altitude and the lack of room. Jerry and Jim continued to orbit the crash site and stayed in radio contact with the SAR Tech until he was extracted by the second rescue helicopter. The CASARA crew was not finished yet. They were then requested by the helicopter with all the survivors on board to inform the Rescue Centre that they were heading for the University of Alberta Hospital in Edmonton rather than the Calgary General Hospital. Jerry quickly relayed this very important information to JRCC Trenton so that ambulances and trauma teams would be ready for their arrival in Edmonton rather than Calgary.

The actions by the crew were instrumental in the successful rescue of five people whose aircraft crashed in the mountains, at night, in the middle of the winter. Because of their efforts, the military rescue team was able to fly directly to the crash site, deploy the SAR Tech’s who rendered advanced medical treatment and rescued the survivors without loss of life. This is a classic example of how CASARA works with the military and other agencies within the National SAR System.

Note - The two SAR Techs, Master Corporal Don Peters and Corporal Mark Holoshka who parachuted into the crash site late at night and in the mountains were later awarded the Meritorious Service Medal (MSM) by the Governor General of Canada for the daring rescue.