Lieutenant-Colonel Colin Goodman served at 1 Canadian Air Division, Winnipeg, MB as the Commander’s Senior Staff Advisor for all operational air force search and rescue matters until his passing in 2006.

He was a staunch supporter of the Civil Air Search and Rescue Association Program and attended several of their Annual General Meetings and Training Officers Meetings held in Winnipeg. There, he gave CASARA Directors/Deputy Directors and Training Officers updates on the ever changing military SAR Program and reaffirmed military support to the CASARA Program. He passed away in 2006 so CASARA wanted to show their gratitude for his support over the years. In 2007 they named a CASARA trophy in his honour. The trophy is called the Lieutenant-Colonel Colin Goodman National SAR Excellence Award and is awarded to the CASARA team having achieved the best overall score while participating in the Air Search and Ground Homing events during the annual military Search and Rescue Exercise called SAREX. 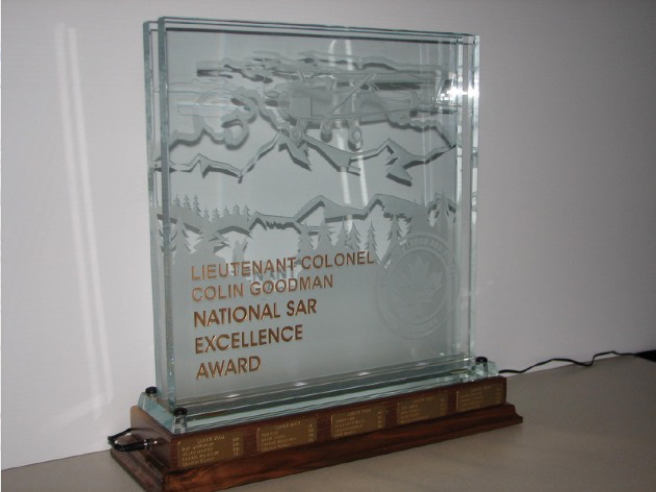 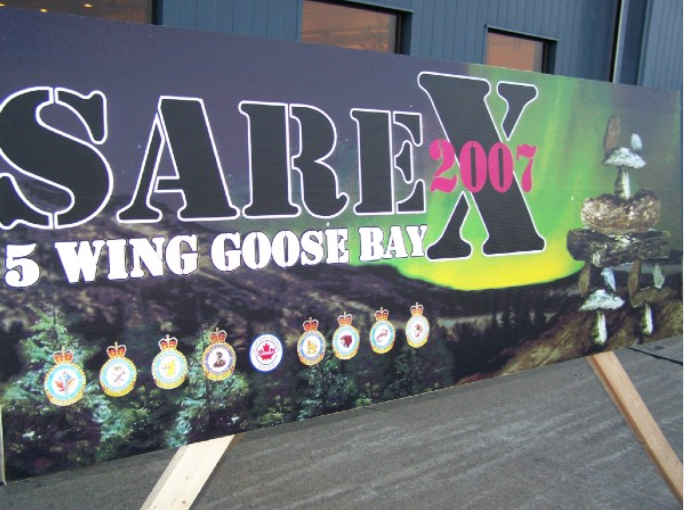 SAREX brings together military Search and Rescue (SAR) units from across Canada in a challenging setting to test participants in their search and rescue / medical skills, parachute accuracy skills and to engage in team spirit. National and provincial agencies such as the Civil Air Search and Rescue Association (CASARA), Sauvetage et recherche aériens du Québec (SEREBEC), and the Canadian Coast Guard routinely participate in a military National SAREX.

Training enhances interoperability and communication among agencies. Providing immediate SAR response to Canadians is a national priority, which makes it critical that SAR units conduct realistic training. A SAREX is intended to provide excellent training while contributing to public awareness and interoperability with provincial and national agencies. Each year CASARA is invited by the Military to participate in the annual exercise conducted at different locations. They bring several teams to participate in the exercise from CASARA Zones who work regularly with the hosting military SAR Squadron. 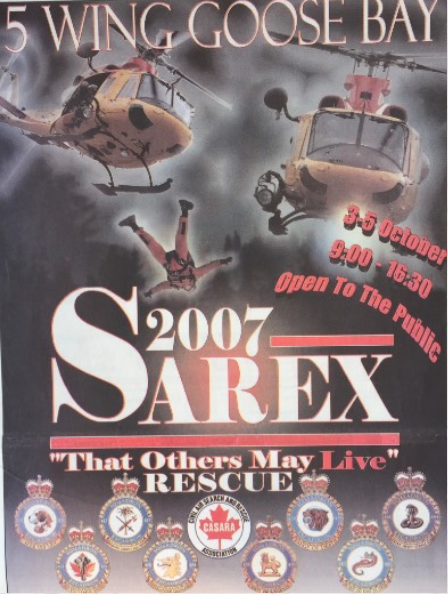 During SAREX 2007 in Goose Bay, NL CASARA crews had the opportunity to use their search skills. CASARA Search Event crews were assigned a designated search area that had specific targets placed in it that needed to be found, identified and their latitude & longitude position recorded for accuracy. 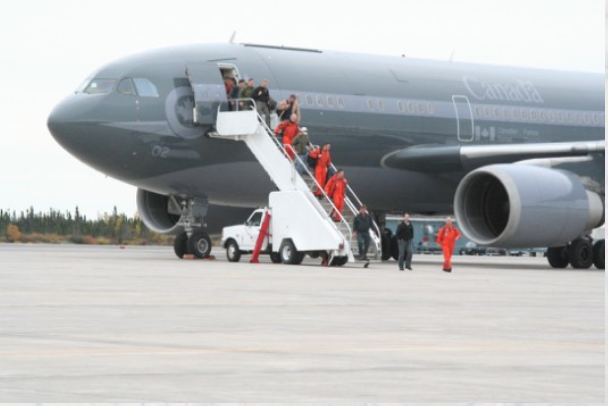 Many CASARA and military members arrived by Military transport.

The CASARA Search Event was conducted in the same area used by the military and they searched for the same targets as the military. However, CASARA teams only competed against other for the Lieutenant Colonel Colin Goodman National SAR Excellence Award. CASARA Teams searched for targets and were additionally air tasked to conduct an aerial homing of an Emergency Locator Transmitter (ELT) far away from the search target area. 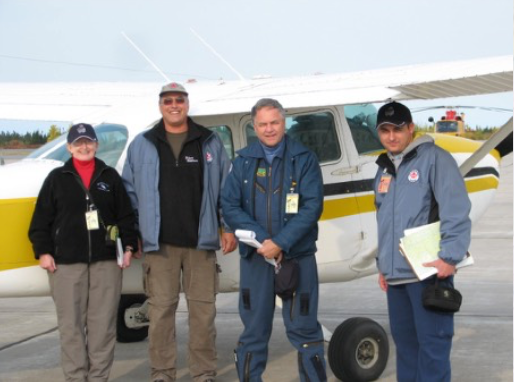 NS crew posing for photo prior to taking off for their search event.

On landing CASARA Teams were also tasked to do a ground homing of an ELT signal that was to simulate a crashed aircraft in the woods that was accessible by road. They were given a directional homing device, a vehicle, a map and a compass to help them find the ELT. On finding the location of the ELT they were required to use their First on Scene Checklist. The checklist is used to guide them in procedures needed to document and record their actions once the ELT was found. 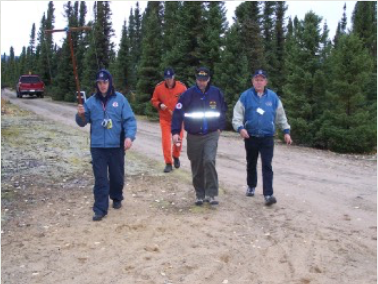 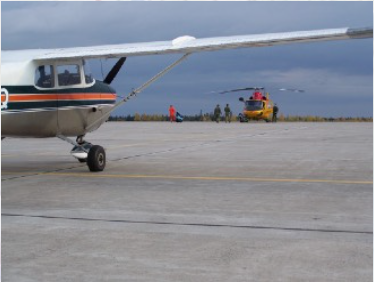 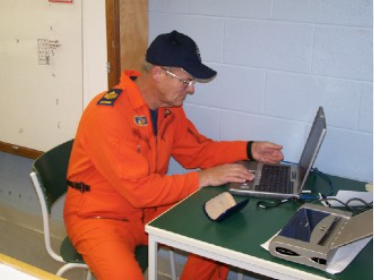 ELT they were required to use their First on Scene Checklist. The checklist is used to guide them in procedures needed to document and record their actions once the ELT was found. Judges in background monitoring a CASARA member conducting a Homing Exercise. CASARA aircraft in fore ground and Military SAR Griffon helicopter getting ready for startup. Sergeant Al Daigle, 413 Squadron CASARA Liaison SAR Tech monitoring the SAREX Search Event team scores. CASARA participates fully during the SAREX. They supply members to act as simulated injured survivors of a crashed aircraft for the military Medical Events, they provide members to man the SAREX radios to track the locations of all SAREX aircraft for planning and safety reasons. And, they also help out in the exercise operations room by downloading from a Global Positioning System (GPS) device into a computer Military and CASARA aircraft tracks flown during the Search Event. This allows accurate scoring of the location of targets found during the search event and helps to determine the winner.

Overall, a SAREX enables CASARA members to work with the military and other agencies to improve its operations and training skills. Accepting SAR taskings requires well trained crews capable of completing their tasking successfully and safely. 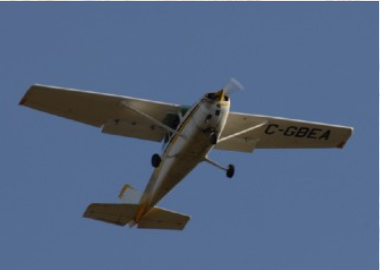 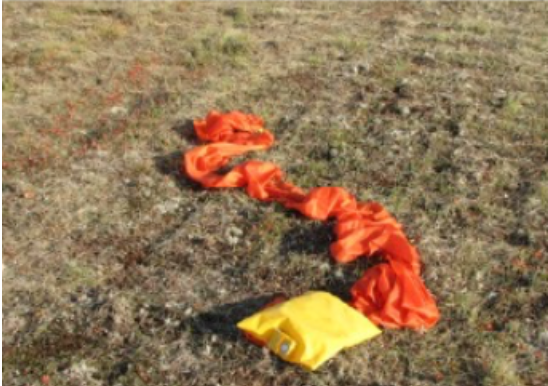 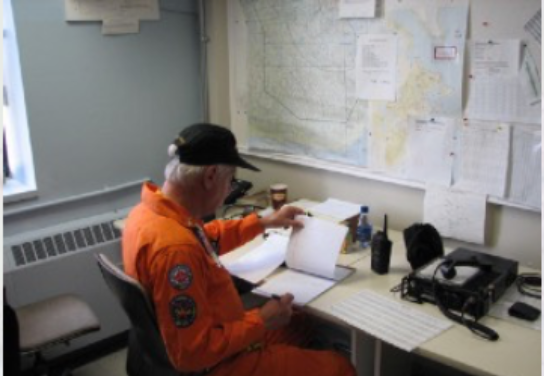 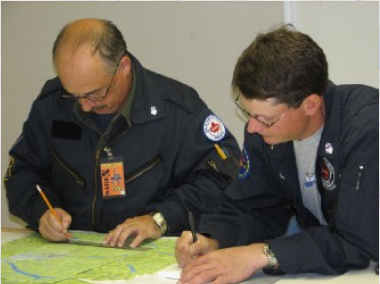 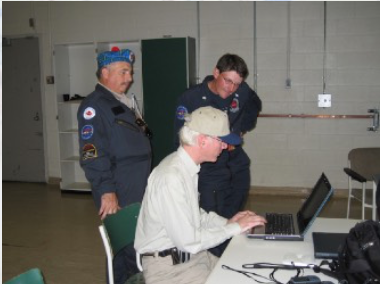 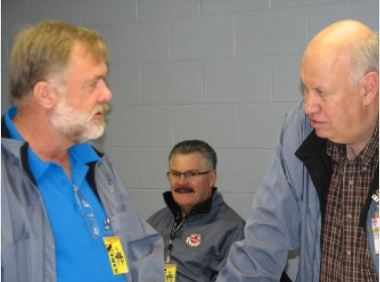 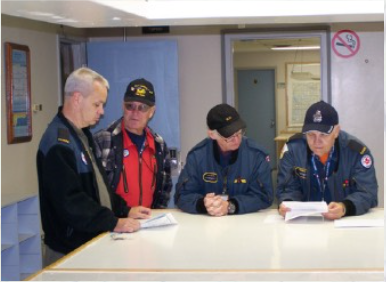 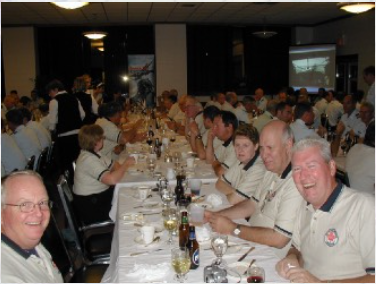 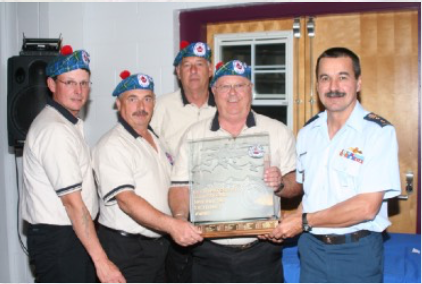 Around 2007 CASARA was looking for a way to honour association members for their years of service. They were also looking for a way to thank people who supported the Association but were non CASARA members. Non CASARA persons would be known as “Friends of CASARA”. The National Executive and National Administrator decided to develop a metal wing that could be worn on the recipients clothing such as a blazer jacket, vest, tie, hat, shirt etc.

CASARA members wings were gold in colour and have the number of years a member served CASARA in the centre. The years would be in 5 year increments with the exception of a volunteer who had not reached the 5 year mark but was certified in a CASARA position. Their wing would have the centre blank. 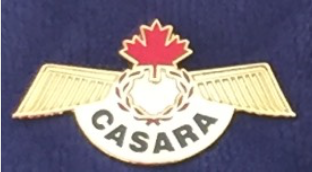 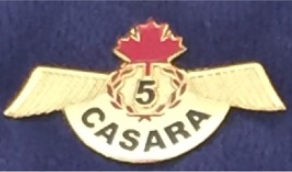 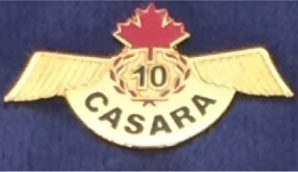 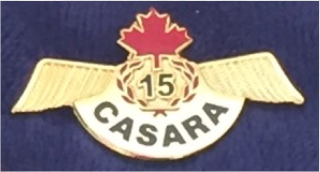 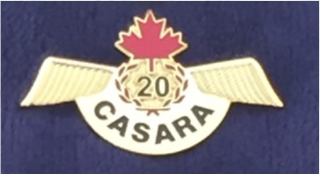 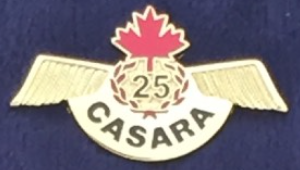 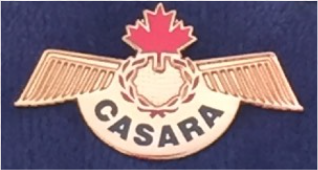 Support to CASARA Wings were bronze in colour.

MacDonald, Dettwiler and Associates (MDA), CASARA Alberta and CASARA Saskatchewan joined together to demonstrate how an Unmanned Aerial Vehicle and CASARA SAR crew could work together and find a simulated crashed aircraft site.

The search and rescue demonstration involved a coordinated effort by both manned and unmanned aircraft and ground personnel as they responded to a report of a missing aircraft. Search and Rescue officials tasked the MDA Heron UAV to perform a wide area search. Search and Rescue spotters monitored, in real-time, the thermal and optical surveillance video collected by the Heron.

Once located by the UAV spotters, crash site details were provided to CASARA. The CASARA aircraft was tasked by the Search Director to the crash site, where it subsequently dropped a survival kit. After the drop, the CASARA aircraft left the immediate area and the MDA UAV was used by the Search Director to direct a ground search and rescue team. The ground team reached the crash site and Mr. Hanger was safely ‘rescued’. MDA’s Heron UAV continued to circle above the crash site, providing real-time surveillance and monitoring of the entire operation. 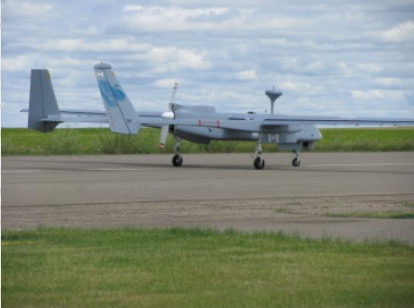 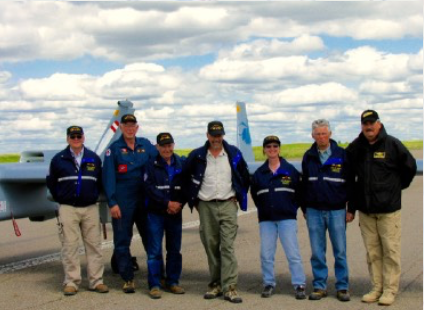 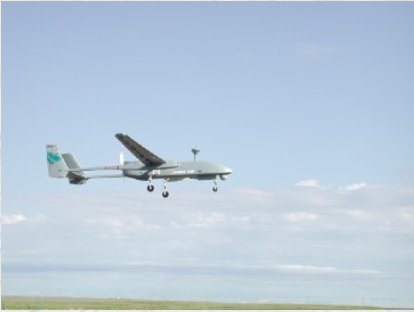 (LEFT) UAV waiting to go on search. (Center) CASARA crew who set up the exercise and monitored its success. (Right) UAV taking off on search.

MDA is Canada’s leading proponent of long-endurance UAVs for civil applications that include search and rescue, environmental monitoring, and forest fire fighting. UAVs are high-value surveillance assets capable of remaining in the air over extended periods to deliver high-resolution optical and thermal imagery in hostile environments that would otherwise put human life at risk. MDA’s UAV Service is a unique research and development facility designed to promote and explore new UAV applications to commercial customers from around the world.